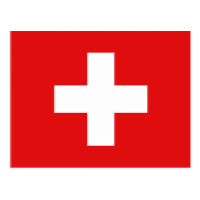 WHAT IS SWITZERLAND DOING TO REDUCE THE GENDER PAY GAP?

In Switzerland, the principle of equal pay for work of equal value for women and men is enshrined in the Federal Constitution and in the Gender Equality Act. Moreover the government only gives public procurement and mandates to companies that respect equal pay between women and men.

And yet there are still great differences in pay.

In Switzerland, on average, women earn about 18 per cent less than men. Some 40 per cent of this difference cannot be explained by non-discriminatory and objective factors, such as years of training, years of employment, years of service, professional skills, professional position. Besides laws, having reliable and detailed statistics is an important element.

Among different measures, Switzerland launched in 2015 a new large-scale public sector initiative Switzerland Advancing Gender Equal Pay (SAGE), focusing on the role model function of the public sector. The initiative consists of two pillars. The first involves the development of a self-test tool known as Logib, which enables companies with at least 50 employees to find out simply, anonymously and free of charge, whether they meet equal pay requirements. The second consists of the Charter for equal pay in the public sector, which provides for regular equal pay audits in the administrations and related entities of signatory cantons and communes, as well as in their public procurement and subsidy arrangements. Thanks to the initiative, a growing number of companies are conducting equal pay audits. To date over half of all the cantons and all major local authorities have signed the charter along with the Federal Administration, thereby sending a strong signal to all employers in Switzerland. Moreover, checks are regularly conducted within public contracts since companies, which receive public mandates, are legally required to comply with equal pay policy.

SAGE has built a momentum to achieve equal pay for all women as a result of which current legislation can be enforced. This has also led to a new legislative proposal: All companies above a certain size should be obliged to carry out a self-test every 4 years under the supervision of a third party. The method used should be compliant with scientific and legal norms. The project is currently pending in the Federal parliament.

The commitment for equal pay is part of the legislative program 2015-2019 as well as of the Swiss Sustainable Development Strategy 2016-2019.

Thanks to its commitment to equal pay the FOGE has won the 2018 United Nations Public Service Award, which recognises contributions made by public administrations towards achieving the Sustainable Development Goals.

IN WHAT WAY IS EPIC RELEVANT TO SWITZERLAND?

EPIC generates a positive dynamic in the field of pay equity throughout the whole economy. It enables the sharing of specific know-how and a framework for the exchange of experiences.

By sending a strong signal, EPIC can intensify the public discussion about equal pay and accelerate the process of further spread of the undertaken measures, in Switzerland too.

Equal pay – it’s a question of justice towards people and of fair competition between companies. At the national level as well as at the global level, the fight for economic empowerment of women and against wage inequality benefits the whole society.