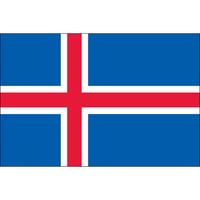 Iceland has been a member of The Equal Pay International Coalition (EPIC) since the launch at the UN General Assembly in September 2017. Learn more about Iceland’s efforts to reduce the gender pay gap and EPIC’s relevance to the country below.

WHAT IS ICELAND DOING TO REDUCE THE GENDER PAY GAP?

In 2018, a law on the Equal Pay Certification (amendments to the Gender Equality Act No. 10/2008) entered into force. Companies and institutions employing 25 or more workers, on annual basis, are required to obtain equal pay certification of their equal pay system and the implementation thereof.

The purpose of the obligatory equal pay certification is to eliminate the gender pay gap and to enforce the current legislation (in place since 1961) prohibiting discriminatory practices based on gender and requiring that women and men working for the same employer shall be paid equal wages and enjoy equal terms of employment for the same jobs or jobs of equal value. In accordance to the legislation, certification shall meet the requirements of an Icelandic Standard, ÍST 85 Equal Wage Management System – Requirements and guidance (normally called The Equal Pay Standard). The standard ensures professional working methods to prevent direct or indirect discrimination and can be used by all companies and institutions regardless of the size of the workplace, operation, role or gender balance amongst staff. Equal pay certification under the standard is designed to confirm that when decisions on wage are taken, they are based only on relevant considerations.

Introducing the Equal Pay Standard and the Certification took years of consistent political dedication, leadership and three-sided cooperation between the government and the representatives of the social partners, i.e. the employers association and union representatives. This cooperation paved the way for such an instrumental step towards ensuring gender equality in the labour market. In the wake of the financial crisis in 2008 a provision was added to the gender equality act stating that Minister of Social Affairs in collaboration with the social partners was to ensure that a special tool and a certification system would be developed covering the implementation of policy on equal pay. One of the implications of the crisis was a wider gender pay gap what in turn brought about increased awareness about the gendered impact of austerity measures and budgetary cuts. This initiated new policies in the field of gender equality, including the development of the Equal Pay Standard and Certification. Gender budgeting was also introduced in 2009 as a method to assess the implications of legislation on the status and rights of men and women. In 2008 gender quotas were introduced for governmental committees, councils and boards of public companies and in 2010 amendments to the Acts on Public Limited Companies and Private Limited Companies, required companies with more than 50 employees to have both women and men on their company boards or a minimum of 40% of either women or men.

IN WHAT WAY IS EPIC RELEVANT TO ICELAND?

For centuries, employees have had to fight for their rights and women have had to fight discrimination in pay. The first legislation on equal pay for work of equal value dates back to 1961. The new law on equal pay certification is simply a tool to enforce the decades old legislation. It also fulfils the demands of international conventions and treaties such as the conventions of the International Labour Organisation and the Convention to eliminate all forms of Discrimination against women.
The new law, in fact moves the responsibility of implementing the principle of equal pay for work of equal value from the employee to the employer – and that is a key achievement and a milestone for new generation of equality policies in Iceland as well as globally.
Our key argument is that good intentions only takes us so far. It is the experience in Iceland that special measures and legislation is necessary to truly implement changes in the field of gender equality. Being a frontrunner comes with the great responsibility to initiate changes – despite all achievements, we still have long way to go to reach equality in wages and full gender equality. However, working towards that aim is a clear priority of the Icelandic government. It requires hard work and the collective action and the solidarity of many actors, both at home and internationally which in turn will foster political will to initiate changes. For Iceland it is a great honor to be a member of EPICs steering committee. It comes with the responsibility of contribute to the work of finding solutions to common challenges and problems to achieve progress in the field of gender equality worldwide.